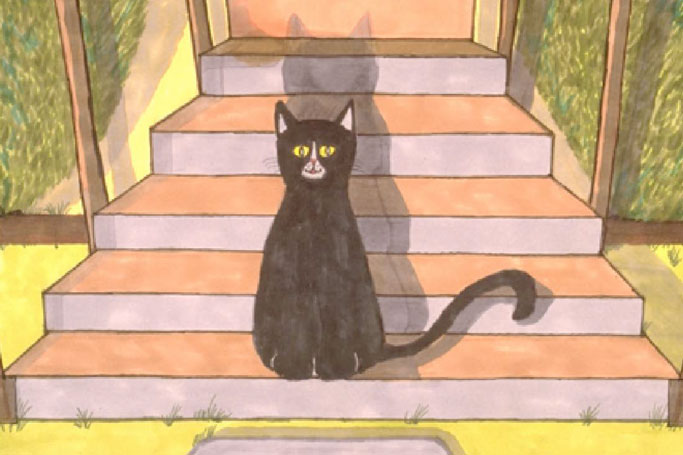 One of most powerful tools in a trauma-informed practitioners belt is the ability to remain constantly curious about what has happened, or is happening, to children in their care. Often, it can be difficult to know where to start in order to build trust in the assessment process. For Caroline “Lin” Sheppard, MSW, she found storytelling to be an effective strategy. “I had always used bibliotherapy in my sessions with children. It can be a great icebreaker and medium to begin the conversation.” Little did she know, that strategy would pave the way for the authoring of a powerful tool in trauma assessment, no matter your lens, whether as a counselor, social worker, parent, or anyone with the ability to make an impact with a child. “When my time in providing direct service ended, I knew I still wanted to make a difference. Drawing from my experiences throughout my career, I knew there was more I could contribute.” What exactly Sheppard would contribute was born shortly after her introduction to Starr Commonwealth. 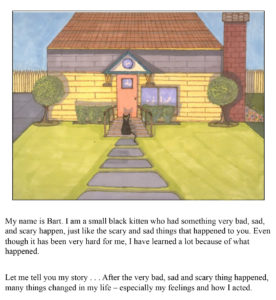 In 1997, Sheppard began writing Brave Bart upon taking a leave of absence from her school social work position when she moved out of state. Sheppard wanted to continue to use her professional background and  recent experience with becoming a Trauma and Loss Specialist through Dr. William Steele’s training programs, as well as a Trauma and Loss consultant despite no longer working in direct service. She has continued to write helping books with Starr with the goal to provide helpful tools for those who are providing direct service for children, schools, families, etc.

“[While participating in a panel for Steele at Wayne State University], we were challenged to role play with another participant and tell a story about an experience that happened to us. These could be real or made up. At the end of my story (which I really can’t even remember the topic of), my partner looked at me and told me how “brave” I was for going through that. To me, that was very empowering.” And with that, the inspiration for Brave Bart, her children’s book on resilience in the face of traumatic experiences, was sparked.

Sheppard was able to use the experience at Wayne State, reinforced by her previous practices, to develop her very own resource she could use with children. However, Brave Bart did not take the typical situational approach that the other books she had used previously did. “I didn’t want this book to specifically identify the trauma by name in the title, nor by the main character—in this case, Bart. The story does not impose what had happened to Bart, but rather allows for the reader to see their emotions as the same as Brave Bart’s, no matter the event. What the reader does know is that, “something bad, sad, and scary happened” to Bart. More importantly, because the actual experience isn’t mentioned, we can better focus on Bart’s ability to be brave and overcome the problem.” And, most importantly, the child being read the story, or who reads the story, can identify with his feelings and learns through Bart telling his story that their feelings are okay. There is much to be gained from helping the child see that, if Bart can persevere, they can too. More importantly, this book also provides a crucial bridge between the clinician and the child to discover the root of their pain.

“When I ask students ‘what do you think happened to Bart?’, they’re not talking about themselves, and the entire exercise can be a lot less threatening. However, I often found the situations they proposed for Bart were pulled from and reflected their own experiences.” 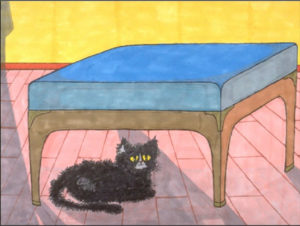 The power in its simplicity has allowed for Brave Bart to be an international resource on trauma. It has been translated into many languages and shipped across the world to help in times of need, including tsunami response in Japan and Indonesia. “We have even found that it’s universal enough to not even need words,” explains Sheppard. “It has proved to be just as effective as a picture book.” Even then, Brave Bart has room for adaptation. To remain culturally sensitive when Sheppard was approached by a social worker in Haiti in the wake of the 2010 earthquake to help grieving children, Bart the cat was changed to a turtle.

Published in August of 1998, Bart is now 21 years old, and has remained brave, even when facing bullying. He is also now joined by Coco and Kitty, also written by Sheppard, who can teach us all about accepting change and celebrating our differences. For more information on how to build resilience in children who have experienced trauma, consider enrolling in Children of Trauma and Resilience.