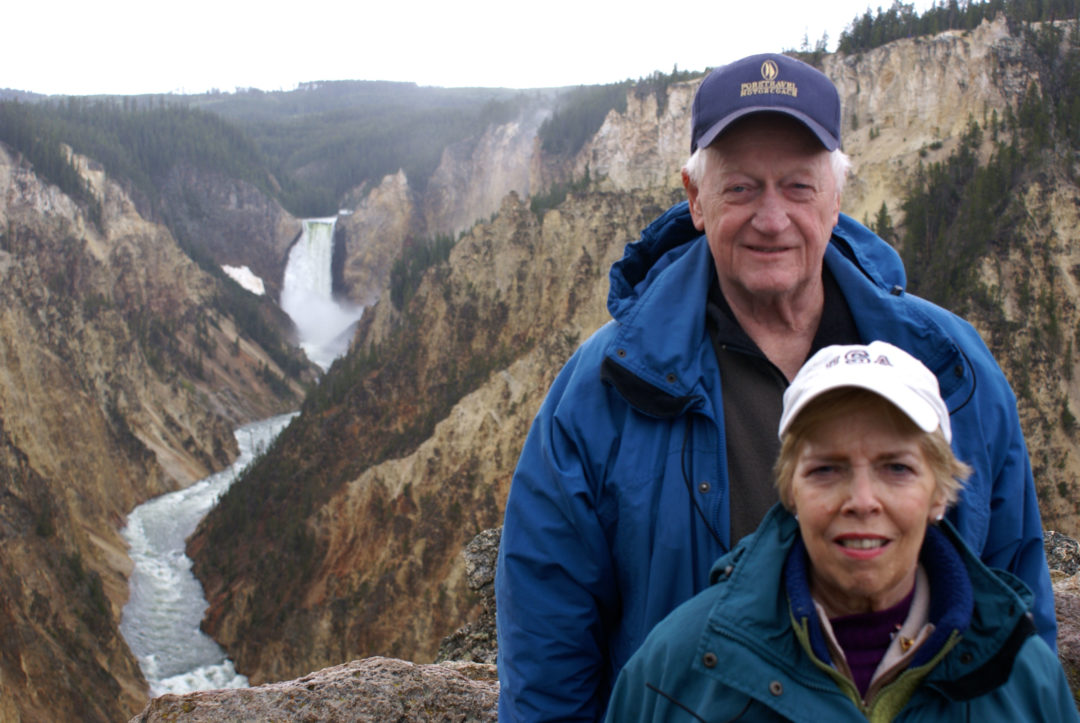 Behind the wheel of a motorhome, Starr alumnus Norman Nugent heads north on Interstate 69 in northern Indiana, accompanied by his wife of 48 years, Evelyn.

The couple is on the last leg of a five-month trek across the country in 2014, visiting old friends and relatives, many of whom they haven’t seen in years. They’ve already been to South Dakota, Utah, Washington, Oregon, California, Texas and several other states, covering a total of 12,000 miles.

All the more impressive is where they started — their home in the small town of Garland, Maine. Nugent quips that there are more cattle than people.

On the way to Detroit to visit Nugent’s older sister and other family members, the couple passes through Angola, Indiana. Nugent begins to wonder why that sounds so familiar. A while later he sees a sign for Albion, Michigan. Suddenly it hits him.

“I wonder if it’s still there,” he says to himself. A slight change of plans sees the Nugents making a pit stop at the Albion post office, where Nugent would learn that the place he credits with changing his life was still fulfilling its mission nearly 60 years after he left.

Although Starr has evolved since Nugent, 72, roamed the campus from 1956-57, the memories came flooding back.

“It brought back a lot of memories,” Nugent said. “I had no idea Starr was still around. This place had changed my life. I was so happy to see what it’s become today.”

Growing up in Detroit, Nugent and his family struggled financially. When the state decided to remove the children from the home, Nugent, who said he was too old for foster care at the time, was sent to Starr. The structure of activities in Starr’s program provided stability foreign to his childhood thus far.

“I hated going to school while I was at home,” Nugent said. “But I think that’s because of the place I was in. Once I got to Starr, things changed. Schooling had a bigger impact on me, and I learned that I wanted better for myself than I was getting back in Detroit. Starr helped me realize that my home wasn’t a good environment and that there may be something away from home that might be better.”

After leaving the program, Nugent returned home and began working to help support his family. In 1960, upon turning 18, he fulfilled his dream of joining the Navy.

Coupled with his experience at Starr, a two-decade stint in the Navy taught him valuable life lessons and prepared him to succeed.

“It woke me up a bit,” Nugent said. “I knew that if I didn’t do something to change my situation, the rest of my life wouldn’t be worth much. Had I not gone to Starr and then joined the Navy, I certainly wouldn’t be where I am now. I wouldn’t have married the woman I married. I would probably still be in Detroit.”

Looking back, Nugent believes he didn’t realize at the time how much his placement at Starr meant.

“In hindsight, I didn’t appreciate Starr for what it did for me as much as I should have,” Nugent said. “The discipline at Starr helped. The education I received was wonderful. But you don’t think that at the time. It’s not until later in life that you realize how much this place does for people.”

Nugent embarked on a career at AT&T after leaving the Navy and managed customer service centers across the U.S. He later worked for an engineering and construction company, Foster Wheeler, serving as the corporate records manager in New Jersey.

Upon retiring he moved to his current home in Maine. Nugent and his wife also have two children, a daughter and a son, and he believes his accomplishments can all be traced back to his development at Starr.

“The more you know from an educational standpoint, the better off you are,” Nugent said. “Starr opened a whole new book for me in that regard. Starr also gives you values and perspective. When I visited the campus with my wife, I ran into some boys. I told them to listen to what these people are telling you because it will change your life. I truly believe that. It’s great to see Starr doing better than ever, and when I come back to the area I will be sure to visit again.”