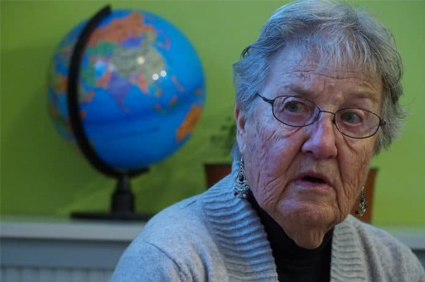 Any trauma-informed practitioner should know that “stressed brains can’t learn.” While this important adage resonates in any setting, the stress referred to can vary wildly. For Beryl Cheal’s SuperGirls, the stresses of war, genocide, and displacement weigh heavy and present additional obstacles for them to overcome. Cheal is tasked with not only providing trauma-informed care, a testing task no matter the geolocation, she must also overcome translation issues, clashes of culture, and a lack of effective educational structure. The early success of the program, which was established in 2017 through the Collateral Repair Project in Amman, Jordan, is a testament to a career which was built upon, and gained momentum through, Cheal’s trust in the limitless success possible for all children. 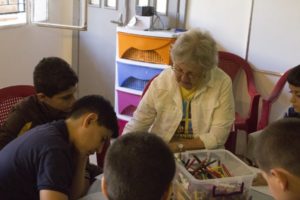 “I found, early on, the key to success was listening to kids, caring about [them], and helping them find ways to belong,” says Cheal, who began her career as a teacher in Southern California and Washington. Her first international service to children came through the American Friends Service Committee, an organization who challenged her with the task of directing a kindergarten system for 1500 Palestinian refugees in Gaza. Many opportunities and stops across the globe thereafter, Cheal has built an approach to care that not only will be recognizable by those familiar with the Mission of Starr, but directly influenced by its Certified Trauma Practitioner curriculum.

“[My work in Gaza and through the Red Cross and Peace Corps allowed me to work with] kids who had gone through really difficult experiences, and that all made me realize that teachers tend not to know what to do about trauma,” recalls Cheal. This inspired her to seek out resources to solve that dilemma, ultimately leading her to Making It Better, by Barbara Oehlberg, a Starr certified trainer and Cheal’s first introduction to Starr Commonwealth. Oehlberg’s thorough and thoughtful descriptions of understanding trauma, as well as ideas for strategies to implement, and her own personal research paved the way for Cheal’s storied career dedicated to healing trauma in a variety of settings, including post-9/11 New York, natural disaster-torn Philippine islands, post-Apartheid South Africa, as well as several refugee settings. As for Starr, it wasn’t until the aforementioned SuperGirls program that Cheal took the leap into its many courses on trauma-informed care. 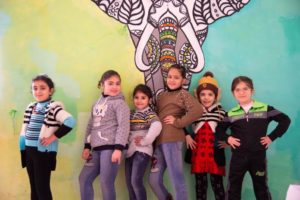 Cheal’s initial task was to help the CRP establish SuperGirls, a leadership program for girls 6-12 years old, the majority being refugees from regions of war such as Iraq and Syria. Through games, storytelling, and play, the SuperGirls are overcoming trauma and building resilience. In this structured and safe setting, the girls are learning communication skills, mind body awareness, self-confidence, and independence—all while having fun. “We know that kids who have experienced trauma can’t focus well, as they have been rewired to simply survive,” explains Cheal. “By playing games with specific rulesets, we can have fun while making sure we play the game the right way. We also have the opportunity to celebrate their culture by introducing games that originated in this part of the world.” The results of this initiative were immediate, as CRP Executive Director Amanda Lane can attest.

“Since 2006, CRP has been working deeply with Amman’s refugee community and offering up a number of community-based psycho-social support activities, but the SuperGirls program Beryl designed for CRP is by far our most impactful trauma-sensitive educational program to date,” says Lane. “Beryl’s love and enthusiasm for her work is infectious, and she has helped our staff to make real strides in integrating a trauma-informed approach throughout our programming.” While she was quick to find success at CRP, Cheal’s plans for 2019 take important next steps for the SuperGirls program. In addition, she’ll be utilizing a fresh sets of skills thanks for Starr’s online training. 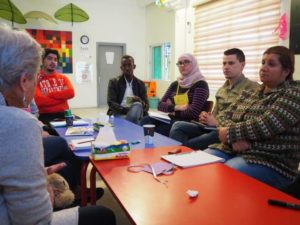 “In between stays in Amman, I found [Starr’s] programming, thanks to my familiarity with Oehlberg’s book,” recalls Cheal. “I began with Trauma-Informed Resilient Schools, which I thought was great, and it inspired me to adapt the curriculum for [Collateral Repair Project’s] community center. I then received a note from CRP asking for me to help them become a more trauma-informed center. Naturally, I said ‘well, of course!’ So we added a youth program [for 2019], and I realized I could benefit greatly from the full Certified Trauma Practitioner course.” And while she’s a teacher by trade, Cheal was challenged by her sister, a Ph.D. LMHC (Licensed Mental Health Counselor), to learn more about how psychology can help her program grow. “So, I signed up for the clinical track instead of the educational track, and I’m really glad I did. Sure, some of the terminology was a bit of a struggle for someone who hadn’t come from a clinical background, but Starr’s courses taught me a great deal, while also reinforcing what I had found to be true about trauma-informed care throughout my career. The experts [at Starr] are validating my work, and that’s really cool.” It’s that work, which has been fundamental in reestablishing the proper communal norms to take the next step for the SuperGirls program. 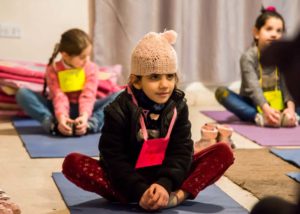 While the SuperGirls program has been focused on youth empowerment, the transformation of parent interactions with Cheal and other volunteers has provided an additional proof-point for the CRP’s work. “The concept of trust is critical in this part of the world—I can’t emphasize it enough. Confidence is not always easy for refugees who have experienced so much fear, deceit, treachery, and discrimination to develop trust in strangers. Parents who hadn’t brought their kids to schooling of any kind are now insisting on giving their daughters opportunities ‘within the walls’ of the CRP.” The task challenge for Cheal in 2019 is taking the inter-generational healing and community building that has happened within the SuperGirls program, and begin to apply it to formal education.

A great number of SuperGirls have had no schooling whatsoever. In addition, cultural norms have meant that parents are not actively involved in schooling. Cheal is set to change these truths. In September, she will be traveling back to Amman to start a school readiness program under the SuperGirls umbrella. While the goals will be to introduce literacy and numeracy, the approach will remain the same: trauma-informed learning through play and games. To ensure the momentum of community-building that she has already helped make possible, she also plans on involving the parents in the educational process. “They don’t realize the saying we have here that parents are a child’s first teacher. For those who we’ve built trust with, we still find them leaving their kids at the door and going to do something else while the kids interact. We’ll be intentional about getting parents more involved [moving forward].”

To learn more about the Collateral Repair Project, visit their website at collateralrepairproject.org. The critical work being done by CRP and Beryl Cheal is made possible, in part, due to Cheal’s status as a Certified Trauma Practitioner through Starr Commonwealth. If you are interested in how a trauma-informed certification can help you make an even greater impact in your field, visit starr.org/certifications.

All photos courtesy of the Collateral Repair Project.