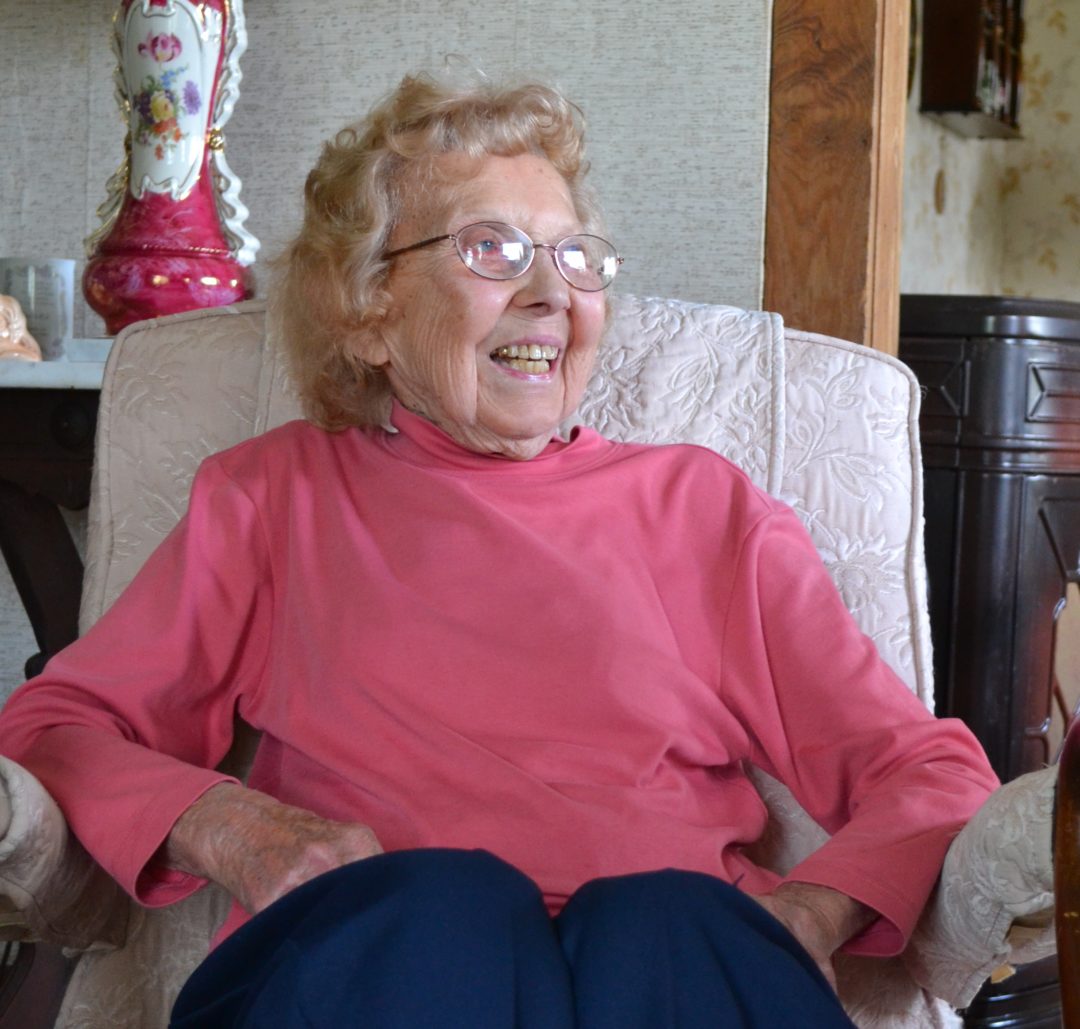 The U.S. in the early 1940s was a tumultuous place. Firmly entrenched in World War II, with many men headed overseas, the country saw women thrust into unfamiliar roles on the home front.

While many women took temporary positions during the war, Beverly Milner began blazing her own trail.

Milner is a pioneer, a role model for a generation of women and those who follow. The 102-year-old Freeland, Michigan, native pursued a career in mathematics and science at a time when women were entering the workplace but few in professions requiring an advanced education.

Much like Starr Founder Floyd Starr, Milner followed her passion and was able to carve out a remarkable career.

She attended nearby Central Michigan University in Mount Pleasant, where she received a bachelor’s degree in 1935.

“There weren’t many women at Central during those years studying what I was,” Milner recalled. “Maybe two out of 50 students were women. My pursuit of math was discouraged, but I guess I’m stubborn so I did it anyway.”

After graduation Milner entered the education arena as a teacher. She spent a handful of years at a few different schools and while she enjoyed the academic environment, she was looking for a change of scenery.

Milner decided to pursue graduate school and earned her master’s degree in mathematics in 1943 from the University of Michigan.

Working as a teacher continued —this time in St. Johns, Michigan — until her mother noticed an intriguing opportunity.

“My mother saw that Dow (Chemical Co.) was hiring in the labs,” Milner said. “She asked me if I’d like her to call about the jobs, and I said I’d like her to do that. I was lucky enough to get an interview scheduled during Christmas break.”

She impressed enough during her interview that Milner had her choice of two jobs, taking one where she had the opportunity to work in the spectroscopy lab, becoming one of the first women to work in the labs at Dow.

Her focus was working to replicate colors of household appliances and other equipment to make plastics.

“A company would send in a piece of a refrigerator, for example, and I would match the color so we could sell the company our plastics,” Milner said. “It was fun, and I loved my job. My supervisor was wonderful. I owe the opportunity I had there to him.”

Milner, who has never married nor had children, was a single woman working in what was traditionally a male environment. Even when men returned from the war, as many women were ushered out of more prominent positions, Milner stayed.

She retired from Dow in 1970. While she may be small in stature, Milner’s professional accomplishments are nothing less than gigantic.

Attaining career success was fulfilling to her, but she also wanted to be active in philanthropy. There are several causes near to Milner’s heart. Upon learning about Starr’s work, her desire to donate married nicely with her love of helping children.

“I read about Starr’s work, and I just thought Floyd Starr was a great man,” Milner said. “I thought that was a place I’d like to help. It’s great that he took in those first two boys and boys like that who were troubled and unhappy, and everything grew from there.”

She was so compelled with Starr’s mission that she decided to make the more than two-hour drive to Albion with her mother to visit the campus.

After supporting Starr for many years, Milner has generously included the organization in her estate plans, in addition to her other interests. She continues to support both of her alma maters, as well as groups that assist animals like the Humane Society of the United States.

Although the Starr Milner first learned about has changed significantly over the years, the mission remains the same.

“The campus at Starr was so nice,” Milner said. “All of the people with Starr I’ve met are nice people. I never got the opportunity to meet Floyd Starr, but I’m happy to know that Starr continues to do good work.”