National Funding (ESSER) to Support Mental Health in Your School

Work with Starr to secure ESSER funding and curate a package of trauma-informed
training and resources perfect for your district’s needs.

Students, families, and educators are still experiencing significant stress and trauma as a result of COVID-19. While schools have remained as resilient as possible, navigating mental health and the subsequent costs associated with care can still be difficult.

The federal government will be releasing applications for elementary and secondary LEAs (public school districts) known as ESSER II (Elementary and Secondary School Emergency Relief)—an extension of the CARES ACT in the next week. This is a critical opportunity for schools to keep trauma-informed, resilience-focused training, coaching, consultation and resources top of mind. Starr can help! Not only can we help secure your ESSER funding, but work alongside you to curate a package of trauma-informed training and resources perfect for your district’s needs. Our resources have been proven to not be “one more thing” and have even proven to save time in the long run.

Packages are customized for each organization, and can include:

We had very few tools—suspension, code of conduct, send them out. We felt we were not meeting their needs and there was danger inside the school. It wasn’t until… we made a connection with Starr Commonwealth… [they] provide incredible training, consultation, and coaching. They were able to show us a new way. We realized it wasn’t about academics. There’s human beings sitting in our classrooms—heartbeats and belly buttons. We were failing to meet their needs. By bringing a trauma-informed practice into our schools… when we started treating them like humans first, we’re now sitting here with the high test scores since the MSTEP started, and the highest enrollment in 13 years. We’re finally doing the right thing for kids. 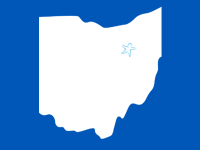 I just completed my second Starr course last month. I’ve been in the field of education and school counseling for 33 years now, and I’ve always worked with at-risk children whose academics are truly affected by their traumatic home lives. The knowledge I gained in these two courses helped me more than I realized. I just spoke with a parent last week who shared details of the horror she went through with her child, my counselee. She didn’t know how to be consistent with her son since she knew he had experienced so much trauma, as she had as well. Since the course was so fresh in my mind, I was able to relay what I learned about the brain! I explained to her why she would freeze and lose all ability to think and reason when she felt triggered by this past trauma. Her amygdala was on fire and therefore she couldn’t access logic or the words she wanted to say to her son. I explained further how she truly could take deep breaths, step away until she was calm, and allow herself to access the right words since her prefrontal cortex would then be "in charge." She began to cry happy tears, and said she wished someone would have explained this to her sooner, because it actually made sense, and she felt like she COULD have some control over her emotions after all! We made a plan of how she could think of what she wanted to say BEFORE her amygdala was fired up, write it down, and read it when she and her son were arguing. She now had the awareness of WHY she couldn't help him when they BOTH were triggered by their past trauma. She said that it couldn't have come at a better time, since her son has been so depressed as a result of the affects of COVID-19. We spoke again just yesterday, and she asked if she could take the Starr course herself to learn more about trauma and the brain since talking with me about it was such a complete breakthrough for herself and her son! I'm convinced now more than ever that the information I gained from these 2 courses was priceless, because it gave me the knowledge and the "words" needed to give a family hope!