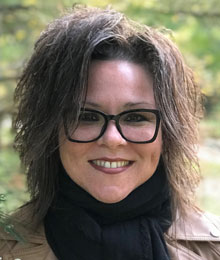 Jenny has more than 20 years of experience working with children youth and families in the fields of education and social work.  Jenny earned her Bachelor of Arts degree Instrumental Music Education (K-12) with a dual Major in Sociology from Michigan State University, where she also taught undergraduate courses in the Integrated Social Sciences Department.  Jenny began her career as a certified music educator in the Detroit Public Schools system; where she taught K-12 General and Instrumental Music as the director of award-winning instrumental music programs and served as a specialized student services instructor with cognitively impaired youth.  Jenny later completed her Master of Social Work degree at the University of Michigan in Ann Arbor, after which she worked as a home-based therapist with children and families referred through the Child Welfare Department in Wayne County, Detroit.  She joined the clinical team of a high secure residential treatment agency in Wayne County in 2009, as a therapist working with youth adjudicated of violent and sex offenses.  Throughout her 10-year tenure at this agency, Jenny was a lead contributor to therapeutic programming, authored company publications, and conducted ongoing trainings for the agency’s clinicians, management, direct care employees, community stakeholders (court officials, care management organizations, etc.) and partnering graduate schools and universities.  Jenny was appointed as the Associate Clinical Director in 2014, where she oversaw clinical programming and development, supervised clinical supervisors and master’s level clinicians, and continued to conduct company and community trainings.  Jenny facilitated trainings on topics including Trauma Informed Care Programming and Practices, Attachment Theory, Stress, Trauma & the Brain, and Cultural Humility/Competency, and Verbal and Non-Aggressive Techniques with Individuals in Crisis for local law enforcement and first responders.  Jenny’s approach to facilitation remains to be inspired by her persistent interest in the intersectionality and impacts of trauma.

Jenny is a Certified Trauma Practitioner (CTRC) and Certified Trainer (CTRT) through Starr Commonwealth, and holds certification in Core Supervision through the National Association of Social Workers (NASW).  Jenny has supervised master’s level clinical interns as a Field Instructor with several colleges and universities, and actively attends state, national and international conferences, trainings and workshops on advancing research and treatment practices.  Jenny’s been an Associate Trainer through Starr Commonwealth since 2017 and joined Starr’s team full time in early 2020 – where she serves as a clinician, trainer, coach, and content developer.

With her supervisees and colleagues, Jenny promotes the crucial practice of maintaining effective self-care, and adheres to her own suggestions by maintaining a regular yoga practice.  Jenny also remains active in the arts community as a musician in a local community concert ensemble, and a regular patron of the Detroit Symphony Orchestra.